After a long and contentious campaign, the United States Presidency leaves the world with a variety of questions that impact foreign policy, immigration, military considerations, the economy, and many other areas. The travel industry is certainly one area with a number of considerations to weigh. 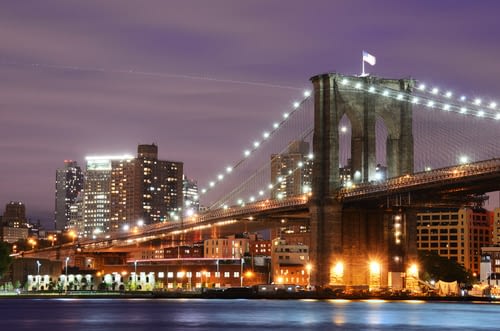 One of the reason President-Elect Donald Trump’s campaign was so controversial was his stance on relations with many foreign countries. Whether it was his insistence that the United States would curb immigration from Mexico by building a wall between the neighboring countries, or declaring that Syrian refugees would not be welcome, or suggesting that U.S.-Russian relationships should be strengthened, the idea of how other countries would be handled was as much a focal point as how internal domestic policy would be executed.

With so much emphasis on the United States potentially becoming a less friendly place for immigrants, it begs the question as to whether that might extend to travel as well. Could there be travel restrictions imposed, dictating who can and cannot visit the country based strictly on their nationality? Would airport security tighten further? Would additional rules be put in place regarding acquiring or renewing passports? These are all very natural considerations to wonder about in light of the election of a President who seems to want to take a more contained, perhaps even isolationist approach.

Another question that naturally arises regarding a potential impact on the travel industry is this: Will citizens from other countries simply be less inclined to visit the United States during Trump’s presidency? The numbers clearly show that while the United States citizens themselves don’t think highly of their newly-appointed leader (Gallup currently reports only a 48% approval rating), the world at large has an even lower opinion of him. Polling in 2016 suggested that only 9% in the European Union thought Trump was well-equipped to handle foreign policy.

Keeping that in mind, as well as much of the rhetoric that Trump built has campaign on, global citizens may no longer feel the U.S. is a welcoming location or desirable place to visit. This could have a significant impact on the United States’ tourist economy, driving down business for everything from hotels to amusement parks, airlines to car rental. So while Trump has promised to bring jobs back to America’s big cities and small towns alike, casting the country in an unfriendly light could actually result in lost jobs if the travel industry suffers.

Given that the U.S. Travel Association is already reporting a decline in international inbound travel a further decline would absolutely not be welcome news for anyone within the travel industry.

If international inbound travel does indeed continue to decline, a positive possible outcome for U.S. travelers could be that domestic travel deals could become more abundant as those in the travel and hospitality industry will need to find ways to recoup international losses. Lower airfares or bundled vacation packages could be used to increase domestic travel.

Of course, one travel destination’s loss could be another’s gain. Those who might have planned to travel to the United States might instead divert their attention to a different country. Canada and Mexico offer lots of compelling and attractive features for those who would still consider a trip to North America, while the U.K. and Australia are always popular international vacation destinations who could potentially benefit as well.

A final consideration is the United States economy as a whole. No one is quite certain what sort of policies Trump will put in place, and there has never been such an inexperienced President, meaning there is no track record to look back on to guess what might occur. As Trump’s impact on the housing market, the stock market, employment, and the strength of the U.S. dollar, among other factors, unfolds, there will surely be repercussions for the global economy and in turn travel.

As the inauguration of Donald Trump nears, observers around the world are fixed on the events that will develop afterwards. With a President whose personality and policies are so polarizing, there will be a number of effects on affairs both domestic and global, including the travel industry. Whether those impacts are positive or negative remain to be seen, but also may depend on who’s perspective you are viewing the situation from.

← What are Antibiotic-Resistant Superbugs and What Can We Do About Them?
What happens if U.S. backs out of Paris Climate Change Agreement? →