On February 24 2015, an important announcement was made by the Director of the Citizenship and Immigration Services (USCIS). The Department of Homeland Security (DHS) has amended regulations to allow spouses of H-1B visa holders to work while they are in the U.S.. This new ruling will be effective after May 26th. It is a very significant change for many people in other countries who want to come to work in America and are now trying to wade through the complex U.S. immigration requirements maze. The change is also being welcomed by many other people from foreign countries who are already working here. In a nutshell, this is what this change means: 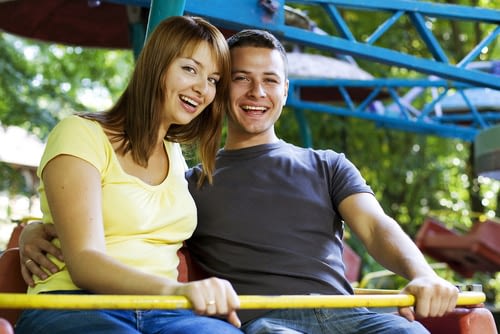 H-1B visas are issued to applicants from other countries who want to come to work in the United States but these visas are only granted to persons having highly specialized knowledge or skills. The applicant must be sponsored by a U.S. company or institution. For 2015, USCIS set a limit at 65,000 of these worker visas. Initially, they are valid for 3 years but may be extended to six years. During this time, visa holders often apply for permanent resident status and, in those instances, the H-1B visa may be extended while the green card application is being processed.

Many H-1B visa holders have immediate families such as spouses and dependent children who come to the U.S. with them. These immigrants are issued an H-4 visa and this is the category impacted by the revised regulation. In 2013, over 96,000 people came here under H-4 visas with 76% of that number coming from South Asia. Under the current provisions, H-4 holders can go to school, get a driving license and open a bank account but they cannot get a social security number and therefore are unable to work while they are in the U.S. and that is what the revised USCIS and DHS regulations are going to change. Why? Because many highly skilled and much needed H-1B applicants abandon their efforts to come to work in the U.S. or shorten the length of time they commit to U.S. institutions or companies simply because their spouses are not allowed to work while they are living here. This often creates an economic hardship on families used to the standard of living two incomes provide and it also means a lengthy time-out for spouses having to put their own professional advancement on hold. According to USCIS estimates, the approaching regulatory change will initially create a surge of eligible H-4 applications to absorb an existing backlog before settling down to around 50,000 spouses in subsequent years.

There is concern in some sectors about the impact impending or advocated H-1B and H-4 visa changes might have on the domestic work force. Some naysayers have claimed it will depress wage levels and lessen opportunities for American citizens. In spite of these viewpoints, there are growing expectations that, in the second term of the current administration, the U.S. government will spend much more time and effort in attempts to reform and improve the complex immigration system. Among other important considerations is the fact that U.S. demand for highly skilled workers and researchers is outpacing the homegrown supply. Opening the door to eligible and qualified immigrants who intend to apply for a green card and become permanent residents will contribute to our economy, enhance American innovative competitiveness and strengthen our position in a world marketplace.

← Indian Associations in the US
Seniors & Travel: Why, How, & Travel Tips →