Rio, Brazil is absolutely beautiful! You will love it when you go to experience the Olympic Games. It’s something you you’ll remember forever?Çªin a good way, as long as you get the proper vaccinations.

Since the Olympics are from August 5 to August 21, right now is the perfect time to start thinking about the vaccines you need to get. Even though it’s paradise, it does have some dangerous illnesses and diseases floating around, so it’s important to keep yourself healthy. 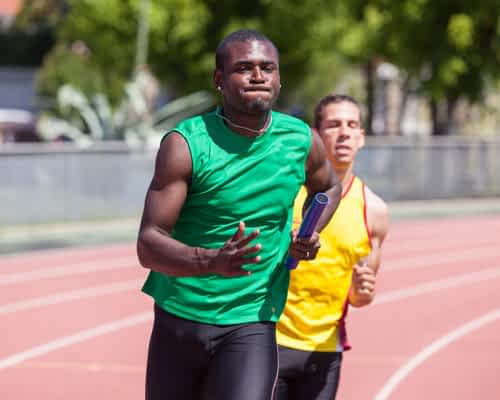 Your doctor can probably list off some of the vaccines you should receive, however, there’s a chance he or she may forget one or two of the most important ones. To make sure you get all of the ones you need, here is the detailed list. Consider printing it out and taking it with you to the doctor’s office. You can then check off the vaccines as you are receiving them.

It’s always better to be safe than sorry?Çª.

Routine Vaccines
You should be caught up on all of the vaccines you should have had up to this point in your life. This includes the MMR (measles, mumps, and rubella) and TDap (Tetanus, diphtheria, and pertussis). Many of these diseases can be found in Brazil, so just double check you’ve had them.

Yellow Fever
This illness is transmitted via mosquitos. There have been reports of the mosquitos carrying yellow fever in Brazil, especially Minas Gerais – a city close to Rio de Janeiro. This vaccine is a requirement for entering Brazil, so not getting it can slow down your entry into the country, which could cause you to miss the Olympic activities.

Typhoid
This disease is found in certain foods in developing countries. Since Brazil is a developing country, it is recommended. If you decide not to get this vaccine, stay away from any exotic foods. However, it’s really better to get it, so then you don’t have to worry about it.

Hepatitis A
This is also found in foods in Brazil. This is a recommendation, but should be a requirement, especially since you will likely eat many foods that have been prepared by multiple people.

Hepatitis B
Hepatitis B is transmitted through bodily fluids. This includes sexual contact, tattoos, and medical procedures. While you may not plan on having sex, getting a tattoo, or undergoing a medical procedure, you never know what may happen while you’re down in Brazil having a good time. Again, it’s better to be safe than sorry, so put this on your highly recommended list.

Rabies
This is probably the least important, but you should still consider getting it because again, you never know what could happen. If you’re going to be in areas where there are wild animals around (this includes stray dogs and cats), you should seriously consider getting it. Rabid animals will attack people even without being provoked, which lead to a deadly disease for those who haven’t received the vaccine.

Malaria
Malaria is prevalent in Brazil and while there is no vaccine to prevent it, you can arm yourself with antimalarial medication. As long as you take it, you will be safe from contracting the disease.

Dengue
Dengue is another mosquito-borne disease, but the good news is that it’s not deadly. It does have the ability to ruin a great vacation, though. Unfortunately, there is no vaccine for it, and there’s no medication to take, so you’ll have to protect yourself with mosquito repellant and netting when possible.

Zika
Zika has gained a lot of media attention lately, and rightfully so. It can have major effects on a fetus such as a condition call microcephaly, which is shrinking of the head. It’s highly recommended that pregnant women DO NOT travel to Brazil right now. Adults will usually just feel ill, which could put a damper on having fun watching the Olympic Games.

Speak to your doctor today about these vaccines and the antimalarial medication. This is important to your health and safety. Brazil and the United States want everyone to have a good time during the Olympic activities, and the best way to do that is to protect yourself from some of the diseases and illnesses that most Americans’ bodies are not equipped to handle.

Health Effects of Recreational and Medical Use of Marijuana →