Childhood obesity is one of the serious healthcare issues facing affluent economies such as the United States. One in every six children or adolescents in the US today suffers from being overweight or even being considered obese.

An individual with a Body Mass Index (BMI) of 85 or higher is called overweight, while those with a BMI of 95 and above are clinically obese. 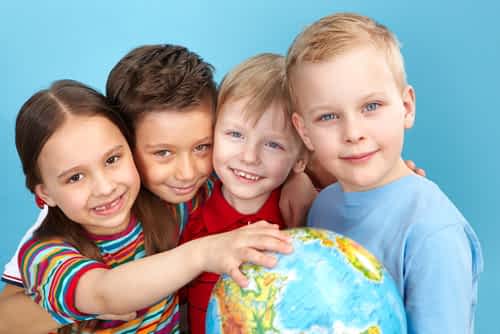 Obesity at a young age can be carried into adulthood posing a serious health risk. Overweight and obesity in children can occur due to various factors. This guide will help you better understand the physical, mental and financial implications of this health epidemic.

Overweight school children make them vulnerable to a number of serious diseases as they grow up. Once obesity becomes chronic, it can lead to sleep apnea, cardiovascular disease, diabetes, asthma, and other life-threatening ailments.

Movies like The Nutty Professor making eating that much food funny but in reality, eating like that is ridiculous. There is nothing wrong with fried chicken once in a while but multiple times a week, that is not impressive.

According to researchers, 60% of the obese children aged between 5-10 years are at a risk of cardiovascular diseases due to elevated levels of cholesterol and triglycerides.

Being obese can have an adverse impact on a child’s social interaction with other kids, and can result in mental and emotional challenges. Developing a negative self-image and low self-esteem are two major psychological effects of obesity in children.

It can limit the child in terms of sports. There are many sports they may not qualify for. They will be teased at school and it will affect them in terms of having a close relationship with someone from the opposite sex – this can come into play starting in junior high.

Many American children who are overweight or obese are eating more than what their body demands. Other important causes are high consumption of processed foods, poor eating habits, and sedentary lifestyles.

A nutritious and balanced diet is vital for a child’s growth. A diet that is not balanced will force the metabolism to focus on unhealthy food. This is generally in the form of processed food which leads to a child becoming overweight and if the poor choices continue – obesity.

Unhealthy eating habits among children have been linked to mood swings and mental health issues. Depression and anxiety are prime contributing factors to being overweight. Young children ages 5-11 are greatly affected by family stress associated with lack of emotional support and cognitive stimulation.

In older children, lack of physical activity, financial strain at home and mental health issues are the major contributing factors to being obese or overweight. Inadequate sleep is also linked to this condition.

Lack of physical activity is another root cause for being overweight. Physical activity such as group play, outdoor sports, and any other form of vigorous-intensity activities promote myriad health benefits while keeping obesity at bay.

As per the Physical Activity Guidelines for Americans, children and adolescents aged between 6 and 17 should be physically active for a minimum of 60 minutes every day.

Spending hours watching television or playing video games have been linked with child obesity since the 80’s and numerous research studies have been conducted that corroborate this fact.

As media devices and digital entertainment options evolve, children are getting increasingly addicted to them and are spending too little time doing any form of physical activity. Electronic media also influences children with fast food and snack food advertisements, which further compounds the problem.

Obesity and overweightness has been on the rise for many years now despite numerous state health intervention programs. Nearly 19% of the American youths are obese today. The pandemic is higher in households with unemployment or low income and poor education. Children between the ages 6-17 are at a greater risk of obesity as compared to pre-school children.

This is another reason why supporting the nuclear family is vital. It is a shame the media and so many politicians don’t support the sanctity of marriage. Children that grow up in single family households are disadvantaged and this is just one example.

Medical Insurance Could Come into Play

To combat obesity in children, the US government has introduced the Medicaid and Children’s Health Insurance Program (CHIP). Periodic Screening Diagnostic and Treatment (EPSDT) among other medically necessary services related to obesity are available for children enrolled in Medicaid.

However, there continues to be a glaring lack of health coverage among the low income groups. Each state has its own rules regarding CHIP qualifications. Most states do not have laws regulating insurance coverage to ensure a child’s wellness with regard to overweightness and obesity. Well, it is not an insurance company’s fault that a child is not eating right.

Maryland, a state that is struggling financially, is currently the only state with a law that includes obesity evaluation and measures to tie in insurance coverage with child wellness. But who knows how well this works and how much this increases the prices for the coverage?

In most cases, obesity in childhood is carried forward into adulthood (obese adults are actually a threat to society and emergency personnel). It is important for parents, educators and other caregivers to be alert and prevent overweight from manifesting itself.

Obesity reduces overall adult life expectancy. Hence, it is critical that necessary steps be taken at an early age to prevent this condition at both physical and psychological level.

Intervention programs are necessary for children who are not interested in physical activity (PA). Structured childhood PA can increase strength and self-esteem while controlling weight and emotional issues. It also assists bone and muscle development and helps in reducing stress.

Obesity and overweightness in children is a real and immediate problem across the United States. Every section of society has a stake in the consequences of overweight children.

It is a social responsibility to spread awareness and education to curb this growing epidemic. Medical insurance can play a role in tacking this serious health challenge but the real solution is supporting strong family unity and educating kids at a young age about why exercise and eating right are vital.