India is now looking to expand its Visa-on-arrival program. The program is currently available to 11 countries, but India wants to extend it to another 180 countries. Countries that would become eligible would include China, the United Kingdom, and the United States. If things go according to plan then the only countries that will remain ineligible for the Visa would be Pakistan, Sudan, Afghanistan, Iran, Iraq, Nigeria, Sri Lanka and Somalia. The program is an attempt by the Indian government to promote international tourism.

If the program is approved, the government will need 5-6 months to organize and construct the necessary infrastructure to process the increased traffic. There is a desire to enact it quickly in order to have everything ready for the next tourist season beginning in October. 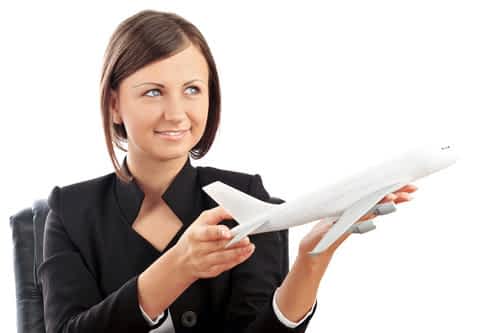 The Visas-on-arrival currently cost $60 per person and are valid for 30 days. As it stands, to qualify for the Visa-on-arrival all that is needed is a valid passport and that the trip to India is purely recreational. However, this is subject to change with the large expansion in eligible countries. Those wishing to visit India would apply for a visa online, which would then take 2-3 days to process. After which the visa can be picked up from any of India’s 26 international airports.

The decline could be a natural flattening of interest. The Visa on Arrival program was first introduced to back in 2010. It is possible that the introduction of this program created a spike in the growth numbers for international tourism in 2011. This initial surge of tourism may have created a statistical hiccup that made the average yearly decrease larger than it would normally be. This could be interpreted as proof that the Visa on Arrival program works. If that were the case it would show that these programs are successful in the short run but have a negligible impact in the long run.

The decline in tourism may also have to do with several high-profile attacks that cast doubt on the safety of female tourists in India. Concerns over safety began in December of 2012 when the brutal gang rape of a 23 year old student in Delhi gained international attention. Since then there have been a string of rapes and it is attacks like these that have many potential tourists thinking twice about visiting India.

According to a survey by the Associated Chambers of Commerce and Industry in India, foreign tourism declined by 25% in the three months following the attack. Unsurprisingly there was a 35% drop in female tourists. The main reason for this drop in tourism was cited as the perception that India isn’t safe for women travelers.

It is with this knowledge that India has begun to takes steps to insure its viability as a tourist destination. Along with the Visa on Arrival program, India has started an initiative to help restore its image. There are several portions of the initiative that seem like legitimate solutions, like increasing security at popular tourist sites. However, other parts seem to miss the point entirely. An example of a possible misguided solution includes the release of national commercials that encourage Indian’s to treat female travelers better. In connection with these initiatives the spokesman for the Ministry of Tourism is quoted as saying, ‘A small incident blown out of proportion can break the image of a country, as we saw in December 2012.’

The Visa on Arrival program will probably have a large immediate impact on tourism numbers, but its potential for consistent, long-term growth has yet to be seen. India may be looking for a quick and easy solution to its tourism woes. It seems India is in the midst of a very real perception problem. The recent attacks have created a feeling of insecurity for travelers. If safety was the main deterrent to tourism, then common sense would dictate that you focus on making people feel safer. India’s attempts at making tourists feel safer show how deep in denial they really are. India has confused its crime problems for a congeniality problem. The attempts to brush off the brutal gang rape of 2012 as ‘a small incident blown out of proportion,’ gives the impression that they don’t take issues like this seriously. This quick-fix program may end up hurting them in the long run if Indian officials find themselves unable to provide security the influx of new tourists.