A birth tourist is a pregnant woman who visits another country, delivers her baby,, and then returns to her own country. This type of tourism exists in many countries in different regions of the world. It is driven by an assortment of personal, social, economic and political reasons. For the parents, these may include better medical care standards, no-cost or low-cost national health programs or circumvention of one-child policies. For their children, having citizenship in another country and holding a passport issued by that country might provide advantages. These may include a refuge in revolution or war times, avoidance of compulsory military service, better and more affordable higher education and, when they reach 21 years of age, enable them to sponsor their parents in immigration applications. 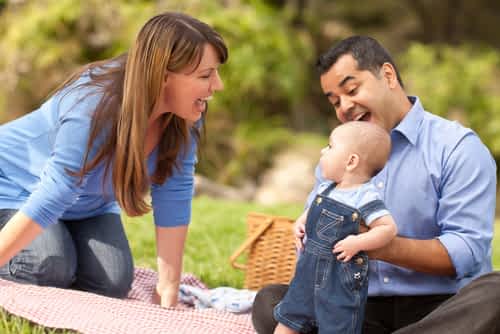 Several countries are attempting to stop birth tourism traffic by only granting birthplace citizenship when at least one parent is already a citizen of that country or has been a legal permanent resident for a few years. In the United States, however, citizenship is unconditionally granted to anyone who is born on U.S. soil. That might be subject to future change because both the Senate and the House have recently introduced bills HR140 and S.45 that would only confer citizenship to babies having at least one parent who is a citizen, legal permanent resident, or alien serving in the U.S. military.

U.S. Immigration authorities and the Department of Homeland Security face difficulties in putting numbers together because this is such a covert operation. What little information agents have is based on anecdotal reports and personal interviews. It is clear, however, that there has been a rapid escalation in the number of women coming to the U.S. on temporary visitor visas with giving birth to a new American citizen as the primary objective. The Center for Immigration Studies estimates that there are around 40,000 ‘birth tourism’ babies born each year in the U.S. The mothers come from many countries with the greatest number coming from Asia. In 2014, CNN Money reported that an estimated 10,000 women came from China to deliver babies in the U.S. Birth mothers also came from Korea, Japan, Turkey and Mexico. Although there is a significant concentration in California because it is the most convenient destination for Asian travelers, there has recently been an increase in New York visitors from Europe and also in Tucson, AZ, and El Paso, TX, with tourists coming from south of the U.S. border countries

There is no law on the U.S. books saying it is illegal for foreigners to come here to deliver babies but it is illegal to apply for and obtain a temporary tourist visa by deliberately withholding or misrepresenting the true purpose of the visit. The U.S. visa application form specifically asks if the trip to the U.S. is for business or pleasure. Claiming a ‘pleasure’ trip is fraudulent when the true reason is to deliver a baby on U.S. soil and return home with a brand new American citizen! Federal agents have interviewed some tourists who claim the maternity companies coached them on what to wear to conceal pregnancies and what to say if customs or immigration officers questioned them about baby bumps. Both Customs and Border Patrol officers are likely to question obviously pregnant visitors about their due dates, planned length of stay, and proof that they can pay for any required medical attention.

Immigration authorities at LAX airport question obviously pregnant women from Asia and, in many cases, send them back home within 12 hours. Because of this scrutiny, some Asian expectant mothers are now flying to popular tourist destinations like Hawaii or Las Vegas.

Birth tourism services are sometimes advertised as ‘maternity travel’ but both names on these all-inclusive packages come with very hefty price-tags. The companies usually have agents in foreign countries and U.S. favored destination points to recruit and service their wealthy clients. They work in partnership with hospitality agents to locate and provide suitable short-term housing and medical personnel to provide needed pre- and post-natal care. Birth tourism is a very profitable business. A California company reportedly made over $2M in profits during 2013. According to affidavits, these companies commonly hide their incomes and use foreign bank accounts. Federal agents have raided agent offices and residences and seized computer records, documents and other evidence of tax evasion and immigration fraud.

U.S. efforts to control or close this immigration loophole are focused on the companies or businesses marketing birth travel packages. The pregnant tourists are often innocent victims who have been told that all of the services they are buying are perfectly legal. They are willing to pay as much as $40,000 for all-inclusive packages that promise to take care of all of the paperwork, arrange travel, housing, meals, nannies, housekeeping, and interpreting services, provide medical care, and generous amounts of petting and pampering during their U.S. sojourn.

Because of the Asian influx, there is a huge concentration of ‘maternity hotels’ in California with over 100 in LA County alone. These are not typical hospitality industry locations. Usually, six or seven birth mothers are housed in large private residences in typical developments. There is no commercial signage or overt business evidence. The only suspicious clues are the unusual number of pregnant women who appear to live in the house and the amount of in and out traffic. These have precipitated the raids by local and Federal agents and brought charges of zoning violations.

Now there is an even more difficult – to- monitor development in international obstetrical services: prospective parents in foreign countries are hiring surrogate U.S. mothers to conceive, carry and deliver their babies for them. No lengthy three-month stays, time off work or language barriers- just come over and claim the baby when it is old enough to make the trip and go home with the biological family.

Currently, more attention is being paid to covert birth tourism activities. Americans are becoming concerned and questions are being raised about ethical issues. The consensus opinion is that no-one should be allowed to bypass or shortcut the immigration and citizenship laws. The world should know that American citizenship and all the advantages it represents are not for sale.